Full details including CV and Psychometric Test can be found here. 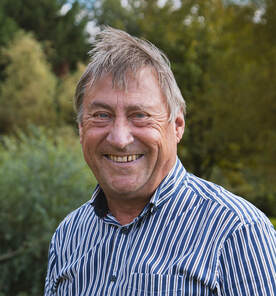 ​I have 50 years commercial experience across a broad section of commerce, industry, charity, politics, hospitality, media and life generally and attach links to some of my recently published articles. In particular I draw your attention to an article I wrote in HR Review, which RBS picked up on and quoted on their Banking Hub.

On the same theme you may not have seen the article by Heather McGregor, Executive Dean at Edinburgh Business School,  in the Sunday Times  on 23rd February 2020, page 4.  There is growing evidence that the value of non-industry but experienced non-executive directors can give a business a positive edge. For example, Gillian Karran-Cumberlege, also shares the same beliefs that diversity at Board level can improve effectiveness.  Gillian is an advisor to Chairmen on navigating disruption & building Boards fit for the future and an international expert on Board-level shareholder & stakeholder engagement.

Many people I have spoken to, especially in the major national accountancy practices, say they have long held these views but they have been knocked back when advising their clients on the added value of having a Non-Executive Director who does not come from the industry, but has a broad commercial experience which will result in him positively questioning and challenging policy decisions. I interviewed Rooney Anand at the London Grill Club last summer who achieved incredible results at Greene King, but despite coming from a marketing background he felt the best CEOs and NEDs were generalists.

I have a rich and extensive experience and have always been noted for my diversity of thought and ability to see things from a different angle.

When my children were younger they would be infuriated by me because we would sit around the kitchen table talking about things and I would tell them to imagine that they were explaining the position to a Martian who was up in the top corner of the room between the wall and the ceiling. Having only just arrived on earth he had no historical knowledge which he could use to understand what was being said and was ideally placed to question what was said.  Little did I know then how successfully they would use this in later life, nor that it would reinforce my view of a truly independent, free-thinking, Non-Executive Director. It was Jonathan Swift who said in 1711 that, “Vision is the art of seeing the invisible” and I believe that in order to achieve that, an independence of thought based on a broad experience is essential.