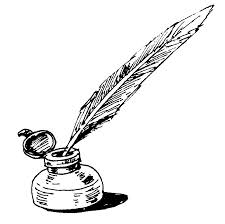 David has written several exciting books which can all be described as political faction. The first, Quentin a Spy, which he describes as not very good, was written having chaired an evening in 1983 at which Jeffrey Archer was speaking when he asked Archer what his word processor would produce next! Archer replied, “at least I’ve got a word processor” and David went home and wrote the opening line at 2 am in the morning, “All they heard was the shattering of the glass and the thud of his body against the back seat.” The next morning he had a plot!

His first top 40 book Life Goes on Forever followed, again beginning with a dramatic opening line. “Paul, Paul she moaned shaking him as hard as she could in her delicate and swollen state.” The next morning the plot was hatched beginning with triplets born in Weymouth, one dyng at birth, through to two  of them joining the navy and fighting in the Falklands and one reaching 10 Downing Street. The actor Roy Marsden described it as, "One of those books that you start reading and the next thing you know it's 5 o'clock in the morning." 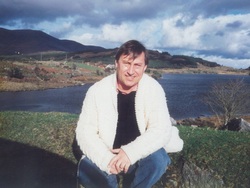 Target Clinton, the story of 4 different groups plotting to assassinate Clinton at the White House on the 30th Anniversary of the assassination of Kennedy was an instant success. It  begins with three CIA men watching television in a motel eight minutes before the assassination of Kennedy.  The story takes on alarming and sinister twists with four groups, disillusioned Democrats, Big Business, the Pharmaceutical industry and a Bosnian Muslim, all plotting to kill Bill Clinton.

As the groups plot it becomes clear that there are deep seated reasons for their ambitions woven into the history of Bill and Hillary Clinton and the problems of the new administration, with allegations of lesbianism, debauchery and tax evasion in the Presidential circle.

The Noble Challenge sees Sir Peter Noble the highly respected former Cabinet Minister question what he has ever actually done or achieved in politics that wasn’t the will of the party machine. The scene is set for an epic thriller where at times, like so many of David’s other books, it is difficult to separate fact from fiction. “The Theatre of the Real houses a cruel and unrelenting audience ...” It pioneers the concept known as Shield and the modernisation of the United Nations to achieve its original goal which eventually comes to be. Sadly only after another disastrous war. 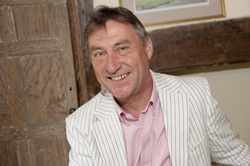 "Your gift to mix actual people into fiction is remarkable - and interesting.  The situations are very plausible and sometimes prophetic." Ruth Clapham, Cambridgeshire Reader

"One of those books that you start reading and the next thing you know it's 5 o'clock in the morning."  Roy Marsden

"… the plot - one man's rise to power, political intrigue and an unconventional war is a good one."  Ealing Leader