David Selves is one of those people who enjoys everything he does in life.

His journey from the streets of his beloved London to where he is today, which has not been without its downsides and darker moments, is nonetheless ultimately one we all would have enjoyed, most of the time! But few would have had the courage, imagination or energy to make that journey. Despite setbacks along the way, David has retained his sense of traditional values of proportion and fairness and has always retained the will to seek out and conquer new challenges. He has also never lost his sense of humour. Now in his mid sixties, but more active than many half his age, he lives full fifteen hour days, believing that the first half of his life to sixty was nothing more than a training for the excitement and opportunities to come.

David’s attitude to life is reflected in the energy and passion of his speeches, be they stand up humour, serious issues such as UN-Shield (to which he devotes much personal time), auctioneering for charity or simply easy going after dinner entertainment where audiences are never disappointed. Remembering some of the many stories David’s great grandfather told him, a man who worked until 84 in the London docks, including watching the building of Tower Bridge and the great ice fairs on the River Thames, David grew up knowing that people would always have hope when there was a Selves about because a Selves would always make something happen – no one had any idea what would happen, but something would! Nothing has changed and he has carried on the tradition! Perhaps one of David’s top 40 books is therefore aptly named “Life Goes on Forever”, after the World War One poem that continued, “but it changes like the tide. Will it turn full circle to begin again?” 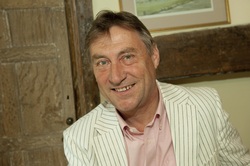 David’s business and other interests are as varied and exciting as the man himself. How many people in their sixties would buy the 700 year old pub next door to their 400 year old house and restore it to a traditional English hostelry with sofas, log fires, good ale and a white table clothed restaurant? He did and it is a great success and he is about to embark on another food driven venture with his second wife, Tracy, creating a boutique hotel with an upmarket 45 seater restaurant.

Relaxation still comes from playing cricket whenever he gets the chance either for a local village, Kent over 60s or the Phoenix pub side! He has toured home and abroad many times in the last 50 years and considers himself privileged to have played on grounds all over the world, not all to test match standard! However on his last tour with Kent over 50s to the Caribbean in 2013 the opening game took place in the Jamaican ground built for the opening match of the 2007 Cricket World Cup, where the track was a heavily rolled slab of mud! 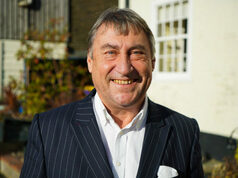 The ETHPA are an editorial oversight body dedicated to promoting ethical   practices among publishers. Their goal is to recognise and validate   publishing companies which share common values. These values include   safeguarding editorial independence, educating journalists and researchers   on publishing ethics, a commitment to equal opportunities in employment,   ensuring all broadcast or published material are ethically sound and meet   industry-recognised standards, as well as adopting practical sustainability   and environmental policies throughout the organisation.

David's role on the board will also see him be apart of the judging panel in the inaugural Ethical Business Awards. You can find out more about ETHPA here.