ABOUt THE Selves group 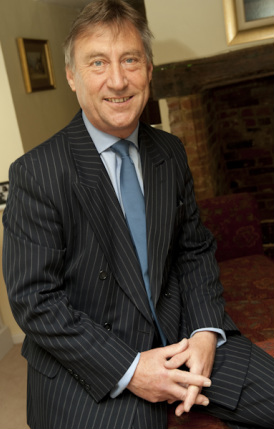 The Selves Group was founded in 1978 by David Selves who has always maintained that he was born to work! Born to meet the next challenge.

In his early seventies he has the energy, excitement, passion and drive of people half his age. But added to that he has the experience of a boy who used to dread Easter Sunday as a child because his Dad would cut the toes off his winter shoes, to make his summer shoes whatever the weather, to a man who has experienced the ebbs and flows of success, met the great, the powerful, the good (and the not so good!) across a world of business, commerce, politics and sport around the globe.

An after lunch and dinner speaker in great demand he is also recognised as one of the great charity auctioneers of his era as the testimonials bear witness. He has raised almost £1m with his gavel for charities and good causes large and small as well as assisting them in other ways.

Like most other things in his life David has spoken, and still does, in venues grand and everyday. Subject matter ranges from sport to current affairs and, when speaking on a cruise ship during the London riots of 2011, he abandoned his planned speech and held a discussion with the audience, “Banks, politics, press; what a mess. Murdoch guilty?”.  It was electric and ran and ran and had to be stopped because the band needed to practice on the stage for the evening! He described it as one of the most exciting discussions he had ever been involved in.

As an event or committee chairman, whether keeping order or managing questions to a panel, his humour, wit and speed of mind combine to make him both efficient,  probing and entertaining. A broadcaster and interviewer with an easy going charm those with something to hide have come to fear him. To contact David on any    subject email davidselves@selvesgroup.co.uk or call 07984 632999

For more background and a fuller story on David Selves' life, click here